Living in an RV Park Full Time I Feel GUILTY and Want To Leave!

Stationary RV Living Full Time (I Feel GUILTY & Want To Leave)! When I dreamed about full time RV living, I never imagined I would be living in an RV park full time! At least without traveling just parked stationary RVing pretty much living in a trailer park! And after 2 years of Full Time Stationary RV Living, I’m ready to Leave my stationary RV life behind. But, not for the reasons you might think… In the past, I gave you a tour of my beautiful “stationary motorhome life” set up and shared all the pros and cons I’ve learned while stationary motorhome living. But, in this video I felt like I needed to go “Behind the Scenes” and tell you how I’m really feeling about my full time stationary RV life. So, WATCH this video and you’ll see “RV Park Living” or “Full time RV living stationary” isn’t the same for everyone!

Here is the video transcription:

I don’t really know how to say this in a nice way without being ugly, because I really don’t want it to sound that way. When I say this, like I want, I do want to leave this place and I do want to live, leave what I would like to call this trailer park. The people across from me, scream, people come up missing around here and the cops are here like four times a week. And this is just not the lifestyle that I envisioned. I can’t operate like this. I came here because this place was like peaceful and quiet. And now it is just straight police, central 24 7 stuff going on. I made a video and I was telling you how I’m feeling. And what’s about to go down what I’ve been doing, what I’ve been up. I want to be able to share with you the good, bad and ugly.

So I’ve told you I’ve been stationary for like two years. A lot of it, it was my choice. Okay. I wasn’t stationary because I had to be, I was stationary one because of the pandemic, but I mean, could I have kept moving? Could I have kept traveling? Yes. I chose not to. I chose to be stationary. Would I rather be out RV? Absolutely. If you haven’t seen my story, I told you, you know why I live in an RV and why I’m here. So if we haven’t officially met, I’m bloggin Brandi from Rversity a university for RVers. And there is some big moving parts coming up in my life. So if you haven’t subscribed, make sure to subscribe and hit the bell icon somewhere around this video. So you’re notified each and every time I publish a new video, it is not my thing.

But the one thing that I do feel guilty about, and I’ve told my mom this, and I’ve told my boyfriend, this is like the people that I’ve met here. I am like my heart breaks that I feel like I have the option that I don’t have to be here, that I can leave. And I don’t know necessarily that they can. And so part of that is that I feel guilty. Like I feel guilty leaving them behind. Like, I feel like I’m leaving people behind. And I guess because some of these people have become like friends of my, and they’ve been my neighbors. And I, I feel like they’re here because they don’t have any other options. And so I don’t wanna talk bad about like trailer park, life or RV life because I live in a trailer park. I live in a trailer on wheels.

So I just don’t know how to process this. Like, feel guilty for making a decision for myself, you know? And like they live here and they work here, but they live and work like locally or some of them don’t work. Some of them it’s very obvious. They’ve told me they don’t work <laugh> and they just get checks from, I guess, the government. And so some of that’s hard to sit here and watch too. I will tell you, it’s hard to sit here and know that I’m busting my butt to build a business and make my life a success and change things. And to see some of these other people that honestly, some of them, I feel like they make more money than me sometimes. Like when they tell me what kind of checks they’re bringing in, I’m like, dang, you make more money than I would make.

Like, you know, I’m in control of my own income. I guess that’s the difference is like, I can make as much or as little as I want. But if I chose to do nothing, you know, I would still be bringing in money. If I chose to get up today and do nothing, I’d still bring in money because I have multiple streams of income. But to hear them say like the, I guess they do, they depend on government checks. And I’m not saying like, that’s a bad thing. It’s totally like, okay. That if you have to depend on government checks, I get it. I personally have never been able to get approved for any government checks. And I guess sometimes I do get frustrated cuz these people that have kids get all these checks and then, or if they don’t have kids, if they just have some, I don’t know, I guess they call ’em disabilities, but some people I see around here and I just don’t know how they’re disabilities, but I can’t, it’s not my place to judge.

It’s just, I feel guilty. Okay. I feel guilty because I feel like people look at us over here and they’re like, oh, they’re the rich people. But honestly I’m in debt. I have to pay for my RV. I have to pay for my spot. Just like the rest of everybody else. So, you know, my RV costs more than anybody else is in here. I’m sure. But I have to pay that on top of my rent here and my electric bill and it costs a heck of a lot more to heat and cool this thing. And there’s just a lot of maintenance that I feel like I don’t wanna keep up with right now while we’re sitting, because it just feels like there’s things that aren’t getting used, like the batteries and the generator. And I just, it would be different if we were traveling for months at a time, but I’m ready to make a move.

I feel guilty that I’m leaving these people behind. And that’s part of it. That’s part of, I feel upset and I don’t want it to sound crappy of me as a person like, oh, either poor me or poor them, or I’m better than them or anything like that because I would love to help people. And some of these people I have helped. And then some of them, I feel like you have to wanna help yourself. It’s also like, I can’t just go around and knock on your door and be like, Hey, can I help you make money? Can I help you make money? And you know, some people just don’t have that drive. My boyfriend always told me that not everybody can be a millionaire. Not everybody can be an entrepreneur and it’s not in every single person. It is hard. It is a hard life to be out here on your own because you don’t have that stable paycheck that someone’s handing you, which you could.

I mean, if you wanted to have a job in RV, you know, I chose to quit my job in RV. So I built my own business. I just wanted to tell you that I don’t feel like I’m above them or they’re below me when I say trailer park or RV park or I’m getting outta here or this place is trash. Like I don’t mean it in a condescending way. I’m just really not sure how to describe it. The people across from me scream, she screams at her kids all the time and there’s been, people come up missing around here and the cops are here like four times a week. This is just not the lifestyle that I envisioned. I can’t operate like this. I came here because this place was like peaceful and quiet. And now it is just straight police, central 24 7 stuff going on.

You know, the people don’t live here that live, that take care of my RV park. So sometimes I feel like they don’t see everything that’s going on and I don’t feel wrong to have to be like, Hey, let me tell you. And I’m just exhausted. Like I don’t want my full-time job to be taking care of my RV park unless I own it. I’m just not used to this. And I feel like I don’t have to live here or in this situation. And if you know that something’s like not right. It’s like if you were at home and you were being in an abusive situation or relationship, or had a really bad home life or work life, you would leave your job or you would leave that home life if you could. So I guess that’s kind like where I am here. I feel guilty for leaving, but I have the option to leave.

I have a lot coming up and a lot to share with you, but I don’t know. This’s been a weighing on my heart a little bit. So I wanted to tell you how I felt on that side of it. If you haven’t checked out some of my other videos, my story and stuff like that, make sure and check the link below this video. Don’t forget to subscribe and click the bell icon. So you’re notified each and every time I publish a new video, I’m Bloggin Brandi. So if we haven’t officially met at this point, you should know me, but I’m from RVersity, my university for RVers. And don’t forget, you can book a call with me, check out my latest videos, all that good stuff is in the description below this video. So if you’re not checking the descriptions, you’re definitely missing out.

And if you are not part of my secret Facebook group fam, I love my Facebook group fam y’all are the people that I really share everything with. And if you’re watching this definitely drop a comment, let me know that you’re here. And if you haven’t joined, I will put a link to that below this video so that you can join that as well. So that’s my little secret group. And we talk about things off of YouTube and they help me create these videos and this content. And they really actually kinda led me to doing this one because when I woke up and I saw this beautiful comment, I thought, you know, I was really kind of dragging today. But when I read that, I was like, you know what? This is why I do what I do. So I love you if you’re not part of my secret Facebook group fam, make sure and check the link below this video and you can join as well as all the other links that I mentioned. So I will talk to you in the next video. Bye. 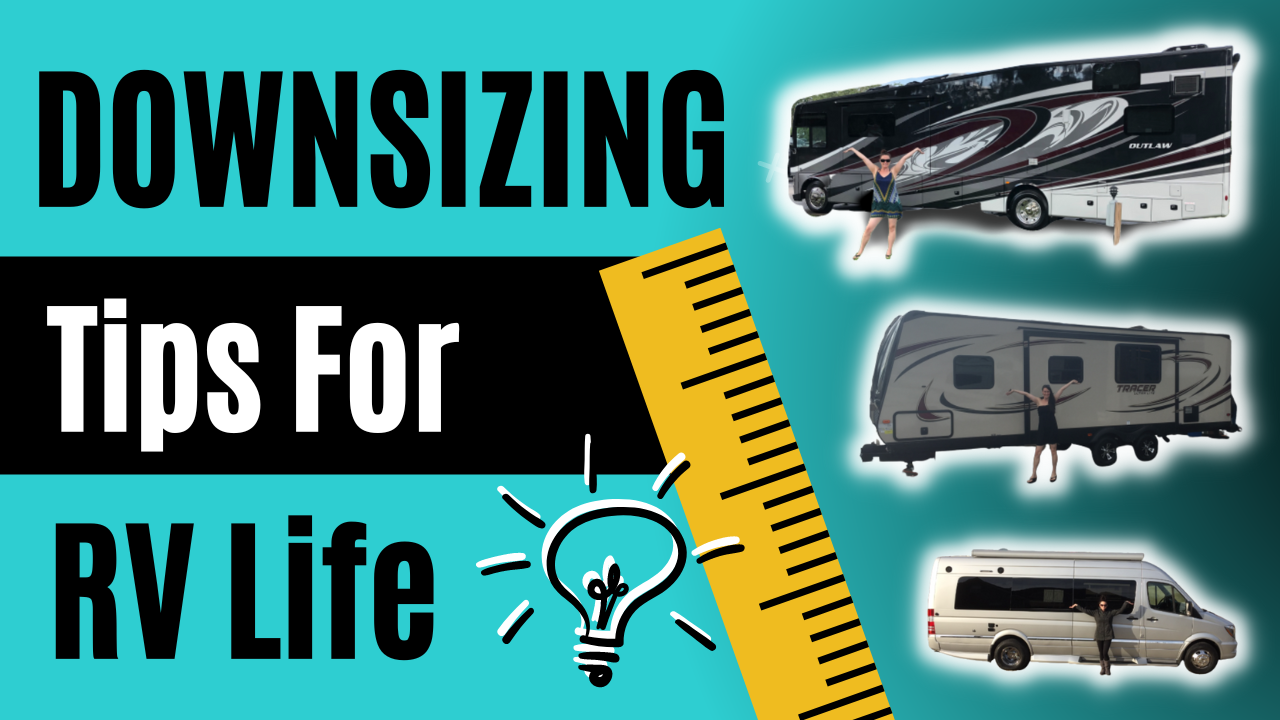 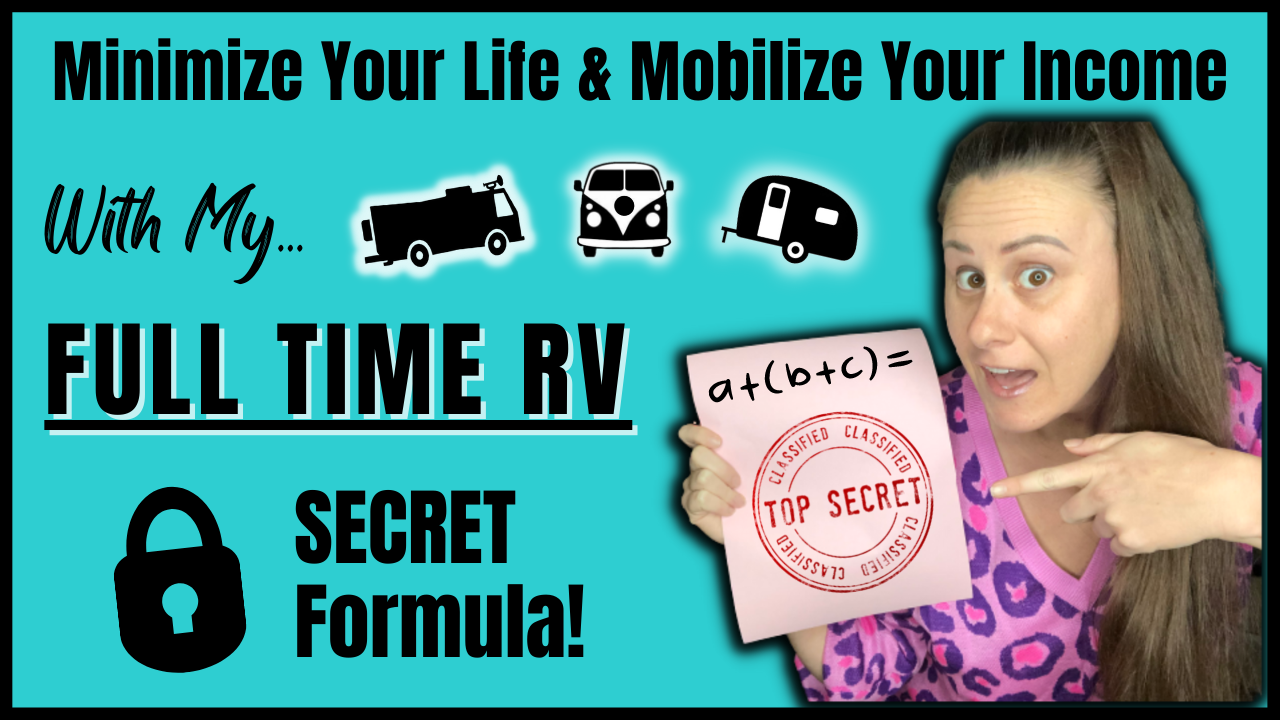